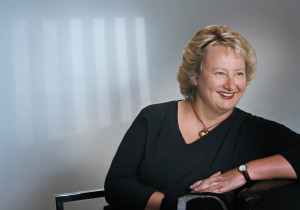 I was born in Brisbane, Australia, and grew up on an avocado farm with views of Moreton Bay and Stradbroke Island. As a result, my ideal setting ever since has involved lots of water – even if it’s just a large bathtub with me lolling around in it.

The other element in my ideal setting is lots and lots of books. I was the sort of kid who spent her childhood with her nose buried between the pages of a book. To me, the worlds I read about were at least as real and ten times as exciting as anything that happened to me in Redland Bay. I still think one of life’s finest pleasures is picking up a great book and just losing myself in it for however long it takes to finish it.

Being such an avid reader seemed naturally to morph into wanting to do what these wonderful writers did. My mother very proudly kept my grade two composition book in which I penned a heartfelt wish to become the new Enid Blyton (my obsession at that stage. My reading life has been marked by crazes. We won’t talk about the Dorothy Dunnett period). At least you can say I had a sense of vocation very early.

When I was eight, that same mother was so desperate to shut me up – in between reading, I used to talk a LOT – that she gave me a Mills & Boon romance. That was back in the days when you were lucky to get a kiss at the end. Rather tame by today’s standards. But I was immediately hooked. The emotion and the fact that a woman is so central to the story made these books precious to me. And I still feel that way about a good romance. Don’t get me started on why I think romance is empowering for women, contrary to all the intellectual claptrap you hear about romance novels propping up the patriarchal conspiracy.

I started my first novel when I was in grade three – at least I took the promises I made myself in grade two seriously! An exciting saga about horsenapping that I never actually finished. I fiddled with various stories until I left high school, when I managed to finish a historical in the style of Kathleen Woodiwiss. Pretty dire and well deserving its place under the bed. Which is where everything else I wrote ended up over the coming years. Started to get crowded down there!

In between, I did an English literature degree at Queensland University. What bliss! Someone actually wanted me to read all day! I spent three years working in a bank before living in the UK for two years. That was a wonderful time when I got to see so many places in Europe and Britain that I’d read about with all that dedicated library mooching. I’ve been back a couple of times since and the magic has never waned.

I came back to Australia determined to act on my writing ambitions so that’s when my gypsy years started. So many jobs, so little money. Retail. Hospitality. Marketing. An art gallery. Technical writing for training companies. Eventually, I settled in to a twelve year stint in Sydney (thanks to a totally fluked win on a quiz show which funded the move). There I worked at a charity which subtitled TV programs for the deaf and hearing impaired.

During all this time I wrote. As many beginner romance writers do, I decided category would be an easy way into the industry. Even though my heart has always been with long juicy historicals. I finished seven short contemporary stories, all of which were rejected very nicely by Harlequin. By this stage, under the bed was more crowded than the center of Hong Kong at Chinese New Year. Then I worked on a pile of totally unmarketable historicals, some of which I finished, most of which I didn’t. More boxes for the dust bunnies to eat in the bedroom. You’ll notice housework never featured in my mixed-up career choices.

Then one day, I got this idea for a dark sexy Regency historical about a duke who wants to marry his mistress, London’s most notorious courtesan. And ‘No Ordinary Duchess’, which Avon released in April 2007 as Claiming The Courtesan, was born. Claiming The Courtesan went on to final in the Romance Writers of America RITA Award for best Regency Romance and the Romance Writers of Australia Romantic Book of the Year Award. Among numerous awards, CTC was both best debut and book of year of 2007 in Michelle Buonfiglio’s Romance: B(u)y the Book, best long historical in the Booksellers Best Awards and best first historical in the Romantic Times Reviewers’ Choice Awards. I was also delighted to be voted best new author in the All About Romance reader poll of 2007.

My second book for Avon, Untouched, was published in December 2007. It also won numerous awards and finaled in both the RITA Awards and the Australian Romantic Book of the Year Awards.

In January 2009, Tempt The Devil was released to amazing reviews, including a Top Pick from Romantic Times magazine. Tempt The Devil finaled in the most popular historical category of the Australian Romance Reader Association Awards and won the Golden Quill Award as Best Regency Romance of 2009.

Captive of Sin, my November 2009 release, also received wonderful reviews, including another Top Pick from Romantic Times. It was selected as one of the 100 best books of 2009 by prestigious industry journal Publishers Weekly, one of only five mass market paperbacks to make the list. Captive of Sin won the Golden Quill and the Heart of Excellence as Best Historical Romance of 2009. It was voted most popular historical romance of 2009 in the Australian Romance Reader Awards. I’m delighted to say I was voted Favorite Australian Romance author of 2009 in the same awards.

In June 2010, my fifth book, My Reckless Surrender, was released to more great reviews including another RT Top Pick. The Australian Romance Readers Association voted this book their favorite historical romance of 2010 and again, I was voted Favorite Australian Romance Author. In July, 2010, my extended short story ‘Upon a Midnight Clear’ appeared in The Mammoth Book of Regency Romance.

Midnight’s Wild Passion came out to rave reviews and another RT Top Pick in May 2011. It has since been voted most popular historical romance of 2011 by the Australian Romance Readers Association. At the same awards night, I was delighted to be voted, for the third time in a row, favorite Australian romance writer of 2011.

My 2012 release from Grand Central Publishing, Seven Nights in a Rogue’s Bed was the first instalment in the “Sons of Sin” series. Jonas and Sidonie’s story generated some wonderful reviews and a number of awards, including favorite historical romance from the Australian Romance Readers Association. I was delighted once again to be voted favorite Australian romance author at the ARRA Awards. Other 2012 releases were “The Chinese Bed”, a novelette in The Mammoth Book of Ghost Romance and my first indie publishing venture, The Winter Wife: A Regency Christmas Novella.

I had a huge year in 2013. Those lovely people at the Australian Romance Readers Association presented me with a total of five awards at their convention in March, including favorite Australian romance writer again. My second “Sons of Sin” book, A Rake’s Midnight Kiss, came out to rave reviews and a nomination as best sensual romance of 2013 from RT Book Reviews. I also had a “Sons of Sin” novella out, Days of Rakes and Roses, and another indie novella These Haunted Hearts: A Regency Ghost Romance. I ended the year with a Christmas present for my readers when my short story “His Christmas Cinderella” came out as part of the free anthology, A Grosvenor Square Christmas.

2014 was a great year too. In September, the third Sons of Sin book, What a Duke Dares came out to great acclaim, including a mention in Booklist’s top 10 romances of the year and a Top Pick review from RT Book Reviews. At the end of the year, I released a new Christmas novella, Her Christmas Earl. I was also delighted when A Rake’s Midnight Kiss finaled in the Romance Writers of America RITA Award.

2015 also proved a bumper year. In May, A Scoundrel by Moonlight (Sons of Sin Book 4) came out to be greeted by rapturous reviews including an RT Book Reviews Top Pick, a starred review from Booklist, and a glowing report in Publishers Weekly. It’s also been the year of the novella, with three new shorter releases: Three Proposals and a Scandal: A Sons of Sin Novella; The Seduction of Lord Stone, the first in “The Dashing Widows” series;and A Pirate for Christmas. Speaking of novellas,I was delighted to receive the Australian Romantic Novella of the Year award, the Ella, for Her Christmas Earl.

Since then, I have chosen a new path and established a flourishing career as a bestselling independent novelist. I wanted more releases than was possible with traditional publishing and more flexibility with release dates and pricing. To date, I have written 30 bestselling indie stories, including the Dashing Widows series (7 books) and the Lairds Most Likely series (10 books). My books have reached as high as number 2 on the overall Amazon charts, as well as frequently placing at number 1 in categories like Regency romance and historical romance. I’m just about to start a new series set in the glamorous whirl of Regency London, with the first book appearing on the shelves at the end of June 2021.