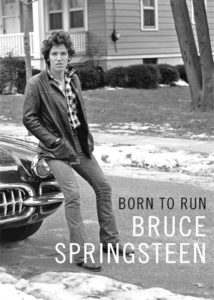 This is actually a little bit late, given it’s April, 2018, but I was having such a nice time with my series on the old houses in the UK I’d visited last year that I couldn’t bear to interrupt it. And let’s face it, a book recommendation is never untimely, is it?

Those eager beavers at GoodReads send out a bulletin at the end of every year telling me what I’ve read – very useful. And as I looked down over all the books I read last year, it confirmed a sneaking feeling that 2017 hasn’t been a really outstanding reading year for me. I’ve never seen so many 4 star ratings in my life, with a much smaller number creeping through to the 5 star level. So lots of good books, not so many great books. Which is OK. Good books are, well, GOOD!

Another thing that I’d suspected and had confirmed was that I read a lot of series books last year. So much so that the next two My Favorite Things columns are going to be updates on some of the series I’m enjoying.

Anyway, amongst all those good books in 2017 a few stand out as really amazing and if you’re looking for some compelling reading, you can’t go further than these suggestions. It’s interesting, though – in 2016, I had so many brilliant books to tell you about that the reading roundup for the year extended to four months. This year you’re getting four books in one column.

So enough of my not particularly cranky griping, here are the highlights of my reading this year, starting with Bruce Springsteen’s autobiography, Born to Run. 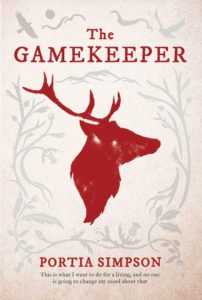 I’ve long been an admirer of the Boss. I can remember the excitement of hearing Born to Run for the first time when I was in my early teens, and I followed him through albums like The River when he really wasn’t a household name in Australia, however big he might have become in America. It was a bit of a shock when Born in the USA turned into one of those albums that takes over the entire world. It was like my secret treasure was suddenly exposed to general view. There’s something true and heartfelt and powerful about his music that has always captured my attention.

Well, I’m delighted to report that his autobiography has that same quality of courageous truth-telling and raw experience turned into art. I love reading about creative individuals finding their way in a world that isn’t always opening its arms in welcome, and Springsteen’s struggles to reach the top are really inspiring. I even liked that it seemed to take him a few chapters to settle into his voice as a prose writer. It made the story seem much more real, because after all he’s a muso, not a slick novelist. But once he hits his straps, this is a real rip-snorter of a read. Well worth a look.

That slight awkwardness of style making for an authentic experience for the reader works for my second choice, too. Portia Simpson was Britain’s first fully-qualified female gamekeeper and her tales of life in the wilds of the Scottish Highlands are fascinating and introduced me to a world I only knew from its fringes after my visits to Scotland.The Gamekeeper is her story.

While this is a great read, I’m not sure whether perhaps it snuck up into my best of 2017 list because Portia spends a lot of her career on the Isle of Rum. Rum was the rocky island I looked at every day from Eigg when I was there on a writing retreat last April. I almost felt like I was there beside her (although there’s no way I could have been such a rugged outdoorswoman as she is! I like to look at mountains, not climb them!). 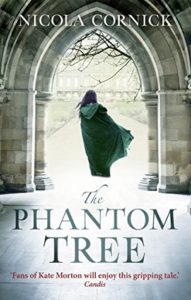 There’s also a really poignant touch to this story when it becomes clear at the end that physical issues mean Portia can no longer pursue the career she loves so much. If you read historical romance, this is a good one to pick up because it will introduce you to a way of life on these sprawling estates that hasn’t changed that much in hundreds of years. My Regency heroes and heroines would have recognized the seasonal patterns Portia follows every year.

Speaking of historical romance, I’d like to draw your attention to a real cracker that kept me up way past 2am because I couldn’t put the darned thing down. Nicola Cornick has long been one of my favorite historical novelists. Her historical romances are brilliant so if you haven’t read them, rush to your nearest bookseller.

Recently, she’s taken a slight change of direction, writing time slip stories set across a variety of periods. Her first in this new genre was House of Shadows which is a great read, like all her work, but her second time slip story set between Tudor times and the present is so good, even writing about it now is giving me goosebumps.

The Phantom Tree plays with a historical mystery – the fate of the daughter of Queen Katherine Parr and Thomas Seymour, brother to Jane Seymour and England’s Lord High Admiral under Henry VIII. I won’t say too much about the plot because one of the joys of this book is the surprises that pop up to keep you turning the pages. But it’s a gripping thriller, a haunting mystery, an eerie ghost story, a brilliant historical reconstruction, and a powerful love story, all wrapped up into one compelling story. Definitely the best novel I read last year. 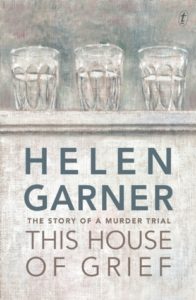 My last choice for this year’s favorite reading is actually quite a difficult book to come to terms with. This House of Grief by Helen Garner could probably be filed under true crime because it covers a crime and trial and a sentencing. But in between all those worldly details, it makes an attempt to understand something that reaches far beyond most people’s comprehension.

In 2005 in country Victoria in Australia, a father drove his car into a dam and left his three young sons to drown while he swam free. Superficially this was an act of vengeance on his ex-wife for leaving him and establishing a viable new life. But the heinous nature of the crime and the sheer tragedy to the family and the whole close-knit community are too much to get your mind around. Well, at least it was for me and I know it was for many Australians who followed the story through the media.

Helen Garner, in her usual brave way, tries to create some sort of sense out of the extravagant horror of this case. I actually don’t think she achieves her aim of explaining the inexplicable – I doubt if anyone could. But the writing is beautiful, the character portraits will stay with you for a long time, and you’ll be left to question the depths of evil an essentially childish man could plumb because he had a broken heart and a bruised ego. As I said, definitely not easy reading, but worth the effort and the questions it raises will stay with you.

In my bumper year of reading in 2016, I was surprised how many of my choices were nonfiction. It seems a lot of the really powerful, emotive stuff published right now arrives as a version of a true story. This pattern continued in 2017. I wonder what 2018 will bring with my endless happy journey through the to-be-read pile!