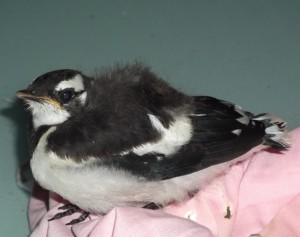 It’s for the Birds (pt 1) – Black and White Beauties

As any of you who hang out on my Facebook page know, I love the native birds that live around my house on Queensland’s beautiful Sunshine Coast (about halfway up Australia’s east side). So I thought I’d devote a couple of My Favorite Things to some of my favorite things, the local bird life. I thought I’d start with the black and white ones today and then next month move onto the colored lovelies like the local parrots.

This little peewee fell out of his nest near the lake at the bottom of my garden. I saved him from the council’s mowers and set him up in a box and put a washing basket over him at night to keep him from marauding cats. His mother kept feeding him until he was strong enough to fly away – real devotion! 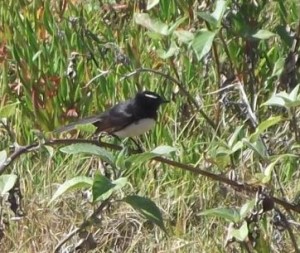 Willy Wagtail, another of my local favorites. They have a wonderful cheeky demeanor and a cute ratcheting call as well as the ability to mimic. They’re insect catchers so they flit around like maniacs. 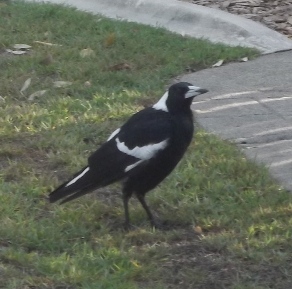 Probably my favorite birds of the local tuxedoed fraternity are the Australian magpies. Again, a beautiful call. They strut around like they own the world and it’s surprising how much personality they reveal when I sit quietly in my office and watch them in the garden. The picture of three is an adult with two juveniles who haven’t developed their smart black plumage.

The pelican is Australia’s largest flying bird – they’re so majestic and beautiful to watch in the air. They catch the thermals and glide like a plane. 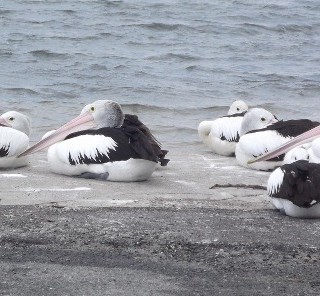 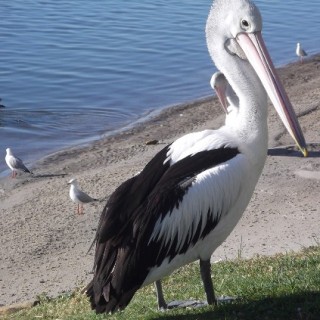 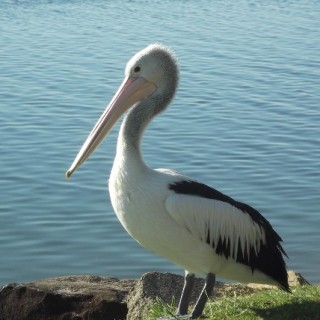 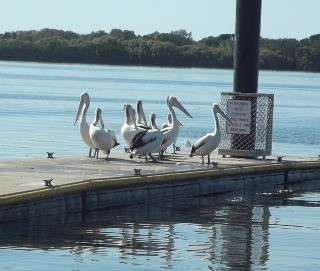 I love all three of these pictures of stilts on Pumicestone Passage just as the sun is coming up. The golden one with the single stilt was published in a local magazine, TAMARIND. 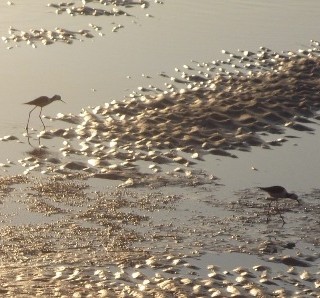 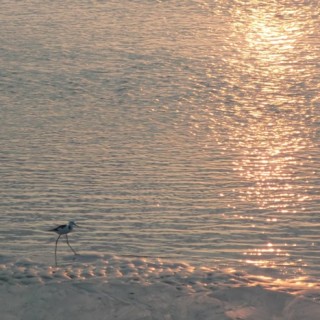 I love this shot of the local seagulls lined up to have a good gossip first thing in the morning.

The black swan is in many ways Australia’s emblematic bird – early explorers thought they had to be hallucinating as swans must be white. Well, not down here. The black swans have become a regular presence on the lake at the bottom of the garden and they’re quite noisy but very beautiful. When they fly, their wings flash white and the red on their beaks and feet is quite startling. Very handsome creatures indeed. By the way, the one with the goslings is a bit of a cheat – I took it down in Ballarat in Victoria – but it was too cute to leave out. 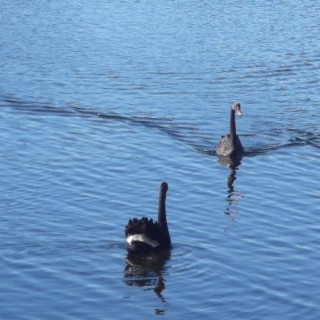 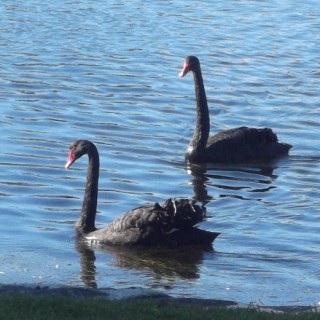 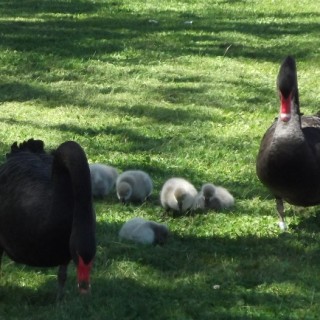 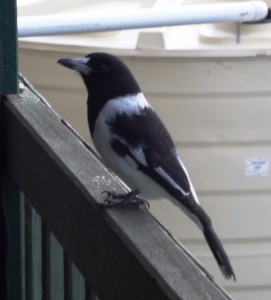 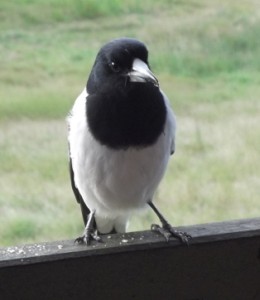 Butcher birds are called that because they will eat anything that moves – look at that lethal beak. They have no fear! Having said that, he’s a handsome fellow and he has the most beautiful song you can imagine.