I was deeply saddened just before Christmas to hear that the wonderful actor Peter O’Toole had passed away in London at the age of 81. Actually given his hellraiser lifestyle and the fact that his health has been pretty shaky at least since the 1980s, I think he did pretty well to last so long. Definitely a victory of the spirit!

I’ve had a crush on Peter O’Toole all my life. As a teenager, you could almost have called it an obsession. When my friends were sighing over the Bay City Rollers (hey, it was the 70s, don’t judge us!), I was gaga over POT’s electric blue eyes and fabulous timing and long rangy body and beautiful crisp delivery.

When I was about 11, my mother’s best friend who was definitely the grooviest of the relatives/family friends, took me to see Man of La Mancha at the Paris cinema in Brisbane. POT spends a lot of that movie looking pretty decrepit as Don Q. I didn’t care. I was a goner. I just needed to hear that voice and look into those eyes and my pre-adolescent heart was his.

Then not long after that, I saw a film that I still count among my top ten, How To Steal a Million, with Audrey Hepburn. I still channel the dialogue from that movie as inspiration when I’m trying to think of something witty for my hero or heroine to say in a Regency romance. 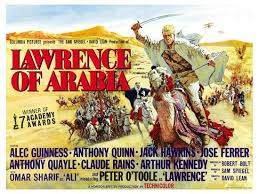 I’ve seen it so many times, I know all the lines. It’s charming and silly and sophisticated – and POT is gloriously romantic and beguiling as the hero Simon Dermott, the smooth-talking, genius-brained cat burglar. I used the funny first meet from that film as the model for the first meet in A Rake’s Midnight Kiss, down to the blue eyes.

I then went on a hunt to see as many POT films as I could, not so easy back in the days before video players and DVDs – and the Internet hadn’t even been thought up! Some were excellent – Becket, The Lion in Winter – some were pretty bad, although he was always good in them. Murphy’s War and Brotherly Love strike me as two real stinkers – but somehow that essential charisma still shone through.

Through all of this POT stalking/fandom, I somehow always missed seeing him in his greatest role as Lawrence in Lawrence of Arabia. This was despite a bit of an obsession with T.E. Lawrence when I was an impressionable teenager doing World War I in history. 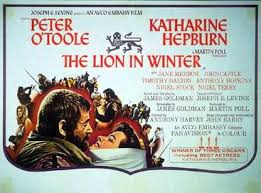 Then, hallelujah, they released the restored version in 1989. So I got to see it as David Lean intended in 70mm and with full cinema sound.

I went to Hoyts in Brisbane at least four times to sit through the entire nearly four hours during its first two weeks, and every time I found something deeper and more interesting in POT’s performance as disturbed but brilliant Lawrence. And man, were those eyes electric against all that bright desert light!

Another couple of good films of his that you might have missed are My Favorite Year, High Spirits and Heavy Weather, where he does a wonderful job as P.G. Wodehouse’s Lord Blandings. I was never lucky enough to see him live on stage. I would have loved to. 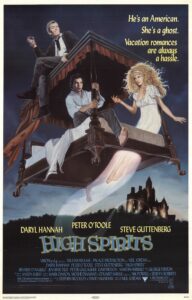 He was an actor unlike any other I can think of. The intelligence, the sexy charm, the wit, the lean body that had elements of a stick insect, especially when he was doing physical comedy. I hope he’s enjoying a glass of single malt up in heaven and keeping God as well entertained as he kept us down on earth. Rest in Peace, fabulous Mr. O’Toole.