Just on the QT, Surfers Paradise is… Paradise

As promised, here’s a quick rundown of the Romance Writers of Australia conference which took place at the QT Hotel on the Gold Coast between 16th and 19th August 2012.

I arrived early for the conference (I always do) on Tuesday, 14th, and was immediately charmed and impressed with the QT Hotel and its staff. The refurbishment of the old Gold Coast International concentrates on funky and fun. My room was lovely – check out the couple of shots I took of the view along the beach.

Wednesday, I spent with my critique partner, the fabulous Annie West. We don’t get together as much as we used to because of the tyranny of distance so we always try to book in a slab of time for work and chat when we can.

Thursday was the published author day which I thoroughly enjoyed. Highlights included a panel on self-publishing and a talk on what’s happening in New York from visiting agent Helen Breitweiser of Cornerstone Literary Agency. Thursday night was great fun – Penguin Australia hosted a great party to launch their new digital romance imprint Destiny. Congratulations to all the launch authors, including RWA stalwart Jennifer St. George. 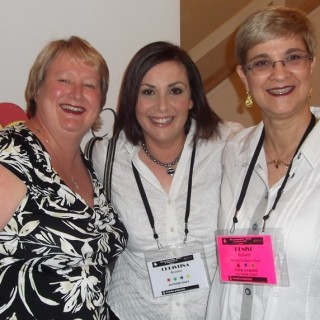 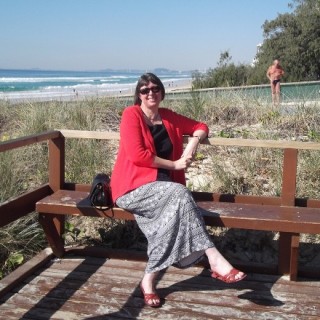 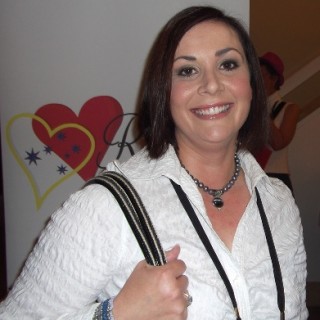 Friday I did a marvelous workshop on writing and structure with guru Alexandra Sokoloff. Alex was a very popular visitor and everyone who attended her workshops during the conference loved them. After the workshop, the Australian Romance Readers Association held a mega signing with all the authors, including international superstar Eloisa James. It was lovely to meet so many local romance fans.

Friday night was the famous cocktail party to launch the conference and for the second time in two years, I missed it! I’m so naughty! I hear it was a great success, though. The theme was “Diamonds Are a Girl’s Best Friend” and I hear on good authority Marilyn Monroe made an appearance or two. 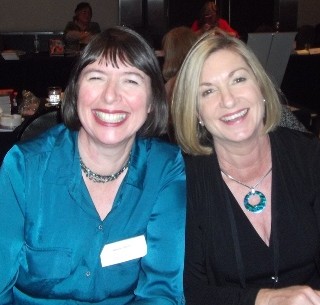 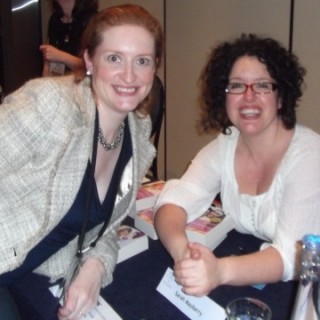 Saturday was the launch of the conference proper. I had a marvelous day catching up with people and doing workshops and generally playing the romance writer. Saturday night was the conference dinner with the announcement of all the awards, including the Romantic Book of the Year. Congratulations to all the fantastic winners (you can see a list here). Special congratulations to Fiona Lowe who won a RBY Award to go with her Romance Writers of America RITA for Boomerang Bride.

One of the highlights of the evening for me was seeing local superstar Helen Bianchin inducted as the first member of the Romance Writers of Australia Hall of Fame. Helen is not only a fantastic writer and an example to writers everywhere, she’s supportive and generous in helping new talent to flower in Australia. I know I owe her a debt of gratitude that I can never repay. The room went wild at the announcement and Helen received a long and well deserved standing ovation.

On a sad note, I presented the very last Anna Campbell Award for the highest placing historical romance in the unpublished manuscript contest, the Emerald. Congratulations to Joanne Robertson whose winning manuscript was “The Easton Gang Rides Again”. RWAustralia has decided to take a different approach to its awards in future so while I was happy to continue with the ACA, new directions necessitated its retirement.

Sunday, everybody’s a bit hungover from the dinner but the fun and the learning and the networking go on. I appeared on a panel about what happens once you’ve had a book accepted, with Denise Rossetti, Paula Roe, and Rachel Bailey, all under the eagle eye of moderator Kylie Griffin. I also had a fun author chat with coffee and biscuits that went far too fast.

The day ended with a presentation on the Fremantle conference in 2013 – I can’t wait.