I Wish I Had Haddon Hall 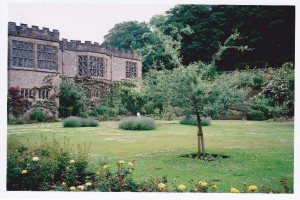 As anyone who has had any extended contact with me via the Internet or real life knows, I adore old houses. My father loved architecture – in fact he often said that if he’d had the opportunities available to people now when he was a schoolboy in the 1940s, he would have become an architect. I suspect he would have made a really good one – he had an eye for proportion and a great facility for cutting through the fog of received wisdom to devise practical solutions. My mother loved old and elegant things like fine china and classic movies. So really, I was born to love old houses, wasn’t I? 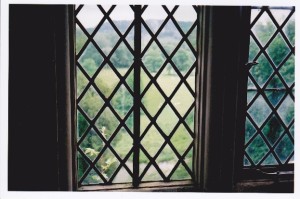 Some of my favorite old houses are in the United Kingdom and I always have a wonderful time incorporating stately homes I’ve visited into my books, usually under a pseudonym and sometimes cobbled together in a weird melange to suit the needs of the story. To give you an example, Cranston Abbey in My Reckless Surrender had Blenheim Palace’s grounds, Burghley House’s interior (especially the fabulous Heaven Room and Hell Staircase – how can you resist nicknames like that?) and Grimsthorpe Castle’s exterior. 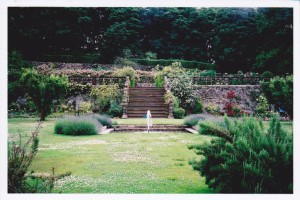 One house I’m yet to incorporate in a book, although I’m sure its day is coming, is the impossibly romantic and beautiful Haddon Hall in Bakewell in Derbyshire, just near the much more elaborate Chatsworth and the Peak District National Park.

This is one of England’s oldest houses – parts of the building date back to the 12th century, although as it currently stands, it’s mainly the result of extensive restoration in the early 20th century when the Duke and Duchess of Rutland moved in. The renovations were wonderfully sympathetic. You really feel like you’re in an ancient house when you visit, especially in the marvelously atmospheric cellar kitchens and the great hall with its minstrels gallery. My favorite rooms, though, are the Tudor ones – the spectacular long gallery, with its mullioned windows and elaborate plaster ceiling, and a gorgeous compact dining room with a low painted ceiling. 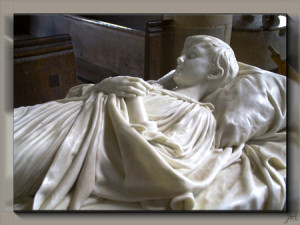 I hope you enjoy the photos from my visit in 2007. You can see how romantic the house is, including the magnificent gardens. And isn’t that view down across the bridge and the fields beautiful? When you stand at the crenelations and look down, it’s not hard to imagine a Crusader’s wife doing the same, as she waited for her lord to come back from the wars.

The only picture that isn’t mine is the beautiful and very poignant effigy of Lord Haddon in the gorgeous 14th century chapel. The boy was only nine years old when he died. He was the oldest son of the Duke and Duchess who restored Haddon to its former glory. The duchess herself carved the sculpture – it’s heartbreaking when you see it. The boy looks like he could wake up and speak at any moment, but of course he never did. 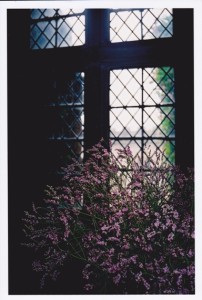 Speaking of romantic, there’s even a Romeo and Juliet story associated with Haddon Hall, although one with a happy ending, thank goodness. By the mid-16th century, the Vernon family who built the original house had dwindled to a young woman called Dorothy. The Vernons were Catholic and Dorothy was heiress to a huge fortune.

Sir John Manners, a Protestant, came courting and Dorothy fell in love with him, much to her father’s disapproval. The couple eloped but eventually reconciled with Dorothy’s father and she inherited the hall in 1563. The story of Dorothy and John was particularly popular in the 19th century when several historical romances used the events as inspiration and Sir Arthur Sullivan wrote an opera about the elopement (transposed to the English Civil War and the clashes between the Roundheads and Cavaliers). 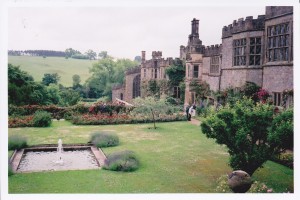 The Manners family eventually became the Dukes of Rutland and descendants of that happy union between Dorothy and John still live in the house. I’ve mentioned before that there’s something special in the air when the aristocratic family still owns the historic house and that’s no different here. It’s really a family home, with family photos and flowers everywhere and just something in the atmosphere that indicates that it’s a well-loved private home you’re lucky enough to visit. 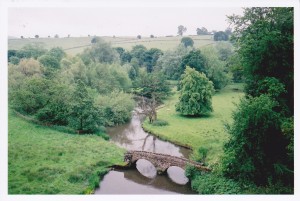 Haddon may look familiar! It’s been used as the setting for countless films and television programs. I was sure I recognized it watching The Princess Bride a couple of weeks ago and I was right! It was also the setting for the most recent BBC adaptation of Jane Eyre with Toby Stephens (2006). When I was there in June 2007, they had some of the costumes on display in the long gallery. 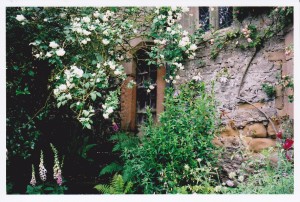 If you’re spending any length of time in England (it’s a bit far to go if you’re only having a few days in London), I’d strongly recommend a trip up to Derbyshire to see Haddon Hall (and Chatsworth and the Peak District). This lovely, ancient house brings history alive.