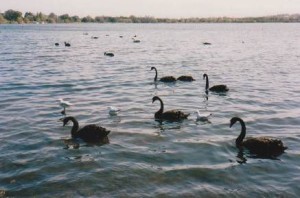 I’ve been going through the photo albums again and thought I’d do a couple of pieces on Western Australia. This is the massive state that takes up a huge amount of the country but which has a tiny population, even by Australian standards.

A few years ago, I was lucky enough to get a couple of work placements over in Perth, the capital of Western Australia. It was a place I’d always wanted to visit but the flights are so expensive, it always seemed easier to go overseas. So it was great staying in the center of the city and having plenty of time to explore. Even so, I only managed to cover a tiny proportion of the State. I saw the south- western corner, or at least a fair slab of it. Even for an Aussie, used to wide open spaces, Western Australia is huge. I just looked it up, it’s 1,021,478 square miles. Wow! That’s a lot of real estate! 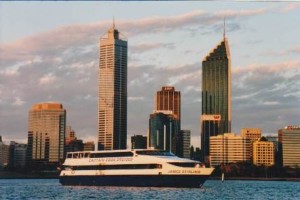 Perth has a really nice, Mediterranean climate with no humidity. This was a welcome relief to a girl from south-east Queensland where near 100% humidity isn’t unusual. Even when the temperatures were up around the 40 degree Celsius mark (and I was there in the summer when 40s were everyday affairs), it was still really comfortable because there wasn’t that horrible wet air. 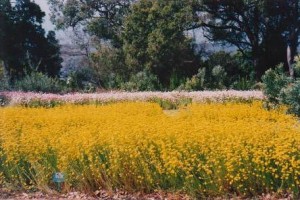 The city is really picturesque with a wonderful big, clean river called the Swan flowing through it. If any of you have read Tim Winton’s Cloud Street, you’ll know that people in Perth treat the river almost like a personality! When Dutch explorers arrived on the west coast of Australia in the 17th century, the river was crowded with lots of black swans. Something that blew their minds because of course, in Europe, swans are white! The irony is that construction of a commercial harbor at the turn of the 19th century means salt water has flooded into the Swan and now the swans prefer a briny sanctuary called Lake Monger which is where I took the picture. 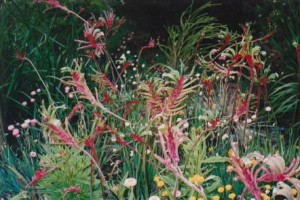 Western Australia is famous for its wildflowers. This corner of the continent has the widest biodiversity anywhere in the world. The soils are so poor that the slightest changes in minerals and fertility mean a different species springs up. 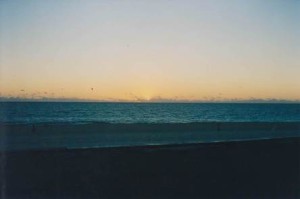 My first visit, I was there in spring in time to see the flowers and they’re mind-blowing. I didn’t get far enough north of Perth to see the fields of paper daisies which are apparently incredible to behold. But Kings Park in the center of town has a wildflower festival and these shots come from there. The south-western corner of Western Australia is also famous for the amazingly huge trees – they really do take your breath away, especially when you stand in forests full of these giants down in the Margaret River area.

Speaking of Margaret River, all my favorite Aussie wines come from there. If you ever get a chance to do a winery tour, leap at it. The wines really are like nectar of the gods. Sadly, they’re almost impossible to get overseas but if you see any Western Australian wines at your local wineshop, grab them. You won’t be disappointed. 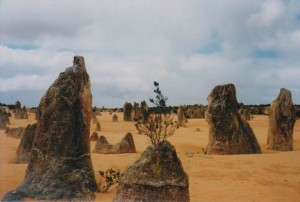 The rather eerie picture of the Pinnacles is from a day trip I did several hours north of Perth up towards the desert country. From the sea, the Dutch thought the forest of limestone plugs that make up the Pinnacles were a full-scale city. You can see how they made the mistake although they must have been disappointed when they set foot in this barren place. It’s an eerie, rather creepy spot, out in the middle of nowhere. But I’m very glad I saw it.

Next month, I’ll talk about wonderful Rottnest Island which is Perth’s holiday playground just off the coast. A lovely place featuring miniature kangaroos and some of the most beautiful beaches I’ve ever seen.