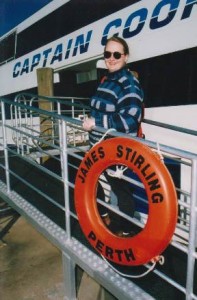 To continue my rhapsodies about the beautiful south-western Australian coast, here are some photos of gorgeous Rottnest Island which is about 25 minutes by ferry from Fremantle.

Rottnest is quite small – I just looked up some statistics. The island is 11 kilometres long, 4.5 kilometres at its widest point, and the land area measures 1,900 hectares. For American readers, a kilometre is about half a mile. But that small space is rich in history, landscape, flora, fauna and especially its gorgeous coastline. 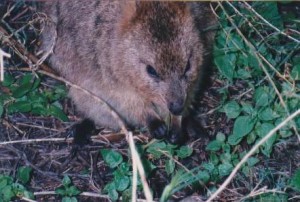 I always laugh at the idea that Rottnest means ‘rats nest’ in Dutch. The Dutch traders who visited the western Australian coast in the 17th century noticed from their decks that the island was infested with animals about the size of a big cat and they decided these were super rats. What they actually were is quokkas, a small and very cute wallaby/kangaroo relative that as far as I know is extinct on the mainland. They’re naturally very shy, but around the resort area, they’ve learned people mean food so they’re quite easy to spot. 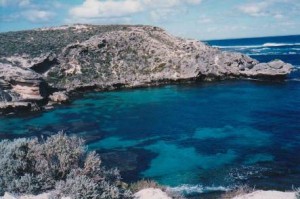 I visited Rottnest on my first trip to Perth – that’s a photo of me embarking for the island in September about ten years ago. I fell in love with the place immediately – it was a perfect early spring day, cold, but clear. And the colors in the water were unbelievable. I’ve never been to Greece but the pictures show you why I imagined I was on Crete or Santorini. It’s a very rocky coast with sparkling white beaches and the waters are like opal. Magic. 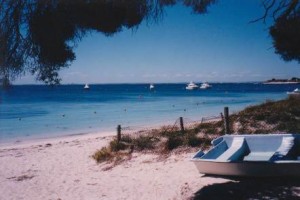 There’s wonderful swimming around the resort and about a half-hour walk away at a place called The Basin. That’s the sheltered side of the island. You can get a bus to what they call the Wild West End (I always hear the Petshop Boys in my head!). This is the side of the island that’s exposed to the full fury of the Indian Ocean. It’s rugged with howling winds and steep cliffs and crashing waves and no settlement. It’s absolutely breathtaking to watch the ospreys floating on the wind currents just offshore. 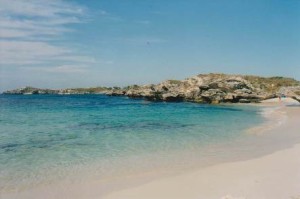 The first time I went there, it was whale migration season and I stood on the far western end of the island and watched the big males jumping out of the water and slamming down in a huge splash of water. Absolutely spectacular. The same trip, a mother humpback whale and her calf followed the ferry out from Fremantle to the island. Again, magical. 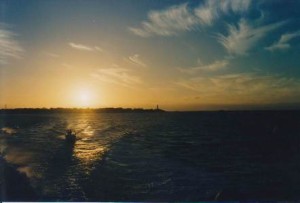 Every time I go back to Perth, I go to Rottnest. I just love the place. On my last visit, which sadly is a few years ago now, I was lucky enough to stay for a few days. I look back on that break as absolutely idyllic with nothing much to do but read and swim and wander the island and marvel at its beauties. The perfect escape!