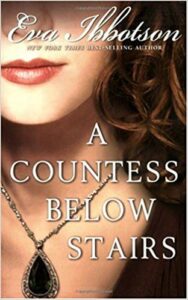 Do you have comfort reads? You know, those books that warm your soul the way a good fire on a winter day warms your cold feet? The sort of book you turn to when life just gets a bit much to handle and you need somewhere to escape to?

I have quite a few comfort reads and I’ll probably end up talking about most of them here before I finish because they’re definitely among my favorite things. But the one I turn to first is an old (1981) historical romance called A Countess Below Stairs by Eva Ibbotson.

I discovered this book first in the less-than-salubrious surrounds of the Brisbane City Library – it may be salubrious now but it certainly wasn’t then! I must have borrowed it about ten times. I spent years trying to track down a copy of my own. Eventually I got an Arrow edition on a remainders table. Because Eva Ibbotson has since had huge success as a young adult writer, ACBS has been republished and is now reasonably easily available so grab it while you can! It has also been retitled The Secret Countess which I don’t think is nearly so evocative.

‘Heartwarming’ can sound so smarmy as a description. But this story really does warm your heart. It tells the story of luminous, gutsy Anna Grazinsky, the countess of the title, who arrives in England after the Russian Revolution with nothing but her courage and her generous spirit to sustain her. She finds a job as a housemaid in a stately home called Mersham which is being readied for the arrival of the new earl and his fiancée. 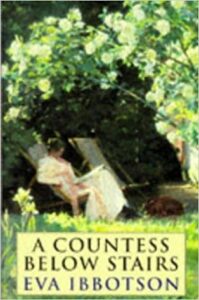 Rupert Frayne, the Earl of Westerholme, is one of my favorite heroes in romance. Partly because he’s such an individual. He’s quiet and scholarly and a man of unshakable honor. His courage and his strength under pressure match Anna’s so you know right from the start that these two are made for each other. Gradually they fall in love, unwillingly, reluctantly, eternally. But Rupert is a man of honor who can’t break his engagement.

The sexual tension is thick enough to cut with a knife but there are no actual love scenes. There’s hardly even much kissing but still this book is incredibly romantic and achieves its effects through staying true to its emotional core. There’s a couple of bits that always give me goosebumps. One in particular has Rupert and Anna waltzing at a ball and it’s one of the best scenes I’ve ever read in a romance.

The book abounds in vivid secondary characters, the way a good Georgette Heyer does. There are the other servants at Mersham, Rupert’s well-to-do social circle, and the exiled Russians. It sparkles with humor and humanity. In many ways, it’s like a fairytale, the kind where the real world is full of threat and sadness and danger, but a good heart will guide you through to your happy ending.

I urge you to find this book and read it! You won’t be sorry.