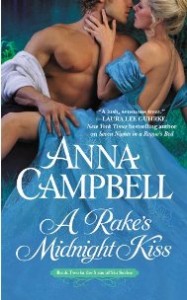 book 2 in the Sons of Sin series

It Takes a Lady
Brilliant scholar Genevieve Barrett knows how to keep a secret. Her identity as the author of her father’s academic articles has always been her greatest deception-until a charming housebreaker tries to steal the mysterious Harmsworth Jewel from her. She doesn’t reveal that she recognizes her father’s devastatingly handsome new student as the thief himself. For Genevieve, this will be the most seductive secret of all…

To Catch a Thief
Sir Richard Harmsworth has been living a lie, maintaining a rakish facade to show society that he doesn’t care about his status as a bastard. Yet long haunted by his unknown father’s identity, Richard believes the Harmsworth Jewel will confirm his claim as the rightful heir. But when Richard sets out to seduce the bookworm who possesses the stone, he instead falls for its beautiful owner. But even as she steals Richard’s heart, Genevieve will be in greater danger than her coveted treasure…

When innocent vicar’s daughter Genevieve Barrett chances a midnight swim on the Duke of Sedgemoor’s estate, she gets more than she bargained for when rakish Christopher Evans (aka Sir Richard Harmsworth) discovers her:

Something dangerous flashed in Mr. Evans’s eyes. The breath caught in Genevieve’s throat and she chanced another step back, only to slosh into the pond. The shock of cool water around her ankles made her gasp. She stumbled as her bare toes sank into the mud. Mr. Evans moved swiftly to catch her arm and save her from a spill.

“Careful.” He spoke softly. She realized that he always did. Uncanny how much power that quiet voice exerted.

“Let me go.” She hated her breathlessness. She hated the easy confidence of his hold – and its radiating heat. Fumbling, she raised her skirts above the water. She tried to wrench free, but his grip remained adamant.

“Seeing I’m to be hanged anyway, it may as well be for a sheep as a lamb,” he said thoughtfully.

Her belly dipped with dread and her knees wobbled. “What- what do you mean?”

He always watched her, but this time his gaze felt different. This felt like he placed his mark on her, claimed her in some atavistic way. “I want to kiss you.”

“You can’t.” Although if it cost only a few kisses to escape this disaster, she should be grateful.

“Indeed I can,” he said with one of those flashing smiles that always set her heart pounding. This time, her heart already pounded nineteen to the dozen. With fear, she told herself staunchly. Definitely not with anticipation.

Another laugh. Warm and lazily amused. He lifted his hand and stepped back. “Then by all means, return to the vicarage.”

She frowned, not leaving the water. “Just like that?”

“Then I wish you good night, Mr. Evans,” she said crisply, still not trusting him but desperate to escape.

Ignoring his proffered hand, she splashed out of the pond. She’d emerge unscathed from this encounter. Which was more than she deserved. Keeping a careful eye on him, she edged toward the trees, her sopping hem slapping her ankles.

She’d almost reached the woods before he spoke. “Such a pity.”

Trembling, she turned. Moonlight transformed him into a statue of silver and ebony. She’d survived twenty-five years happily oblivious to masculine splendor, but something about Mr.

Evans made her heart skip a beat. Then another. He might be rotten to the core, but he was disgustingly picturesque.

A bristling silence built and her skin tightened with longing that she refused to examine. Safety beckoned. Still she poised in the shadows. Night scents filled her nostrils, strangely seductive.

He tilted his hip, standing with a loose-limbed elegance that made her pulses race. “That you’re such a coward, my dear.”

“I’m not your dear,” she said automatically.

“I suggest a little harmless flirtation and you retreat to your books and dry old men. For shame, Miss Barrett. I thought better of you.”

He’s taunting you. He just wants you back within pouncing distance. Go while you can.

“I have no intention of being ruined,” she said coldly, while a sensation as far removed from cold as possible rushed through her veins.

“You have my word that I’ll stop at kisses.” He considered her thoughtfully. “Have you been kissed?”

Dear Lord. She felt giddy as forbidden images flooded her traitorous mind. “Mr. Evans, I’m twenty-five years old. It would be very sad if I haven’t.”

She’d hesitated too long. His features sharpened and his stare burned. Heaven help her, he guessed her embarrassing lack of experience. Although the lack only seemed an embarrassment in his company. Her flimsy dress felt invisible. From now until the end of time, she could never forget that he’d seen her as no other man ever had.

She waited for some derisive comment. But he merely nodded once as though confirming a theory. “Ah.”

God above, what did that mean?

“Men have wanted to kiss me,” she said defensively, moving from one foot to the other but unable to convince those feet to remove her from this discomfiting conversation.

She expected mockery but detected none. “I haven’t wanted to kiss them.”

“That may change once you discover how good a kiss can be.”

“With you?” She wanted to sound sarcastic, but the words emerged as barely contained curiosity.

He shrugged, looking irritatingly at ease with himself as he folded his arms across his powerful chest. “Why not? I profess some skill and you’re quite safe.”

“Said the spider to the fly.”

Which suddenly seemed cause for regret.

His voice deepened to velvet enticement. “Doesn’t some part of you long for a man to touch you in desire?”

His voice possessed magic. That soft drawl made her think of all the wonderful, unprecedented things he’d do to her if she let him. She might be inexperienced, but some instinct insisted that when he claimed to be a skillful kisser, he wasn’t boasting.

Goodness, likely he could fling her to heaven and back without trying. It was both exciting and terrifying. She began to wish she’d encouraged those callow young men who had shown an interest in the vicar’s intimidating daughter. Mr. Evans had never found her intimidating. She suspected that Mr. Evans found very little intimidating.

She prepared to tell this encroaching charmer to leave her alone. Instead different words emerged. “This is purely an intellectual exercise. I’m not attracted to you.”

She stepped into the moonlight. In her loose, light frock with nothing beneath it, she must look completely brazen. Part of her howled protest at her intentions. But fascination and, yes, unwilling attraction kept her here.

After a couple of attempts to clear her throat, her voice emerged with gratifying firmness. “Show me.”

These love letters from Richard and Genevieve first appeared on the Ramblings from this Chick blog as part of Valentine’s Day celebrations in 2014. I hope you enjoy this glimpse into the Harmsworths’ married life and also a few hints about the fourth book in the Sons of Sin series A Scoundrel by Moonlight.

My dearest darling Genevieve,
Two days without you and it feels like an eternity. I’ve a good mind to leap on my nag and gallop hell for leather back to London and your welcoming arms. Except that you, stern and beautiful goddess, always make me do the right thing and you’d send me right back to Kent again to help Leath sort out this damned mess he’s got himself into.

Given the difficulties we’ve all had with the marquess over the last year or so, not to mention his confounded pest of an uncle, who would have thought we’d all be working together to get him out of a scrape? Stranger things have happened, though. Just think, a woman with a brain the size of Belgium fell in love with a complete dunderhead like me!

Anyway, this dunderhead is pausing briefly in his hunt for that blackguard Greengrass to send his beloved assurances that he’s thinking of her in his dunderheadish way and missing her and wishing she was with him. And not just because he wants to kiss her goodnight – not to mention try a few other things! – the way he always does. Someone as clever as you are would be of great help on this wild goose chase, my love.

Anyway, Cam and Leath have just come into my room at the inn for a council of war (whereas we both know that I’m a lover, not a fighter!) and they’ve brought Miss Trim in with them. I think you’d take to this young lady, my darling. I have more than a sneaking suspicion that Leath has taken to her as well!

I’ll close with vows of eternal love that I know you don’t need because you understand that every beat of my dunderheadish heart echoes your name, my beloved wife.

Feeling lonely and in need of his beautiful Genevieve,

My beloved not-so-dunderheadish husband Richard,
Your letter arrived late last night and I slept with it under my pillow like a green girl, when I’m an old married woman of over a year now. Of course I would have rather slept with you under my pillow, or perhaps under me, but in your absence, your beautiful words will have to suffice.

I’m actually rather envying you your adventure and I nearly ordered the carriage to take me directly to you as soon as I received your note. I’m still not completely convinced that I shouldn’t. We’re both lonely for each other and Kent isn’t so far that I couldn’t be in your arms in a few hours if I drove my phaeton at the cracking pace you’ve taught me is all the rage, my love. To think, only a year ago, my idea of all the rage was Julius Caesar in a temper! How you’ve enriched my life beyond the realms of my dusty books. Although I have to say a good book or two have helped me to endure your absence. Pray God you locate this villain quickly and you rush back to tell me in person how you adore me. You know how I love to hear that! I’ve become quite addicted to you whispering sweet nonsense in my ear!

Stay safe. We both know how dangerous Greengrass can be, especially when he’s cornered, although I have every confidence in you. You’ve proven yourself a hero so often before that I know you won’t fail now. Poor Leath, still dealing with his uncle’s evil. I must admit I’ve always rather liked the man, despite the feud between you. I find it hard to picture him in a lather about a girl, though. Your mention of Miss Trim has me completely intrigued.

Vanquish the villains and hurry home, my darling. This bed is too big without you and the nights grow cold when I don’t have your strong arms to hold me safe and warm.

With all my love and longing

Your pining and impatient,